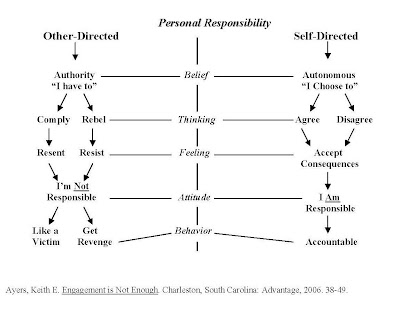 When you ask a self-directed person to do a task, their thinking is to either agree or disagree with doing it. They accept the consequences of their choice and actions because they feel ownership.

The boundaries do not remove their choosing to behave in a particular manner; they aid in building self-directed behaviors. After they make a choice, the consequences cannot be adequately controlled.

If team members are set up to make choices and learn from experience, positive choices can have adverse effects. When negative consequences occur, the team members can accept them because they were the team members who chose the action (they do not have to like them).

Do you want to make a more self-directed team? Contact Mike today to make your team and leaders better.