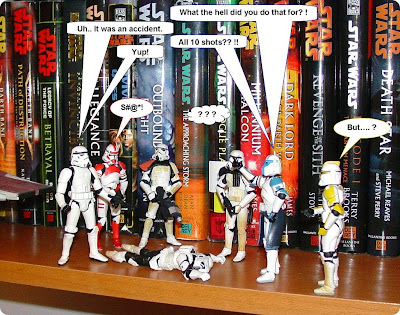 Learning and Development not being a multiple choice fill in the blank process. The philosophy of developing the team to have a greater knowledge base and facilitating them to spot problems before they arise.

When working with an organization for an extended period, team members start to lose the ability to detect problems. Why?
These problems become part of the folkloric construct of the organization.
Here is an example of a manufacturing folkloric construct. New guy Joe, 1st day on the job says, “Hey, Frank this guards broken, who do I report that to?“
Frank is a 15 year veteran of the process, “Joe forget about it, that guard been broken since before I came. I was told by Sam who was here before me that he reported it to the old supervisor and that guy said to make it work we have no money. They never fix anything around here.“
Do you see what happened? The process has repeated for so long that the team members feel that they are a pest, or a trouble maker if they report safety violations.

How can learning and development solve this?
What is needed is a paradigm shift in how other view learning and development. Within work cultures, training is a 60-minute long power point and video that we sit in the dark watching. During the question and answer session, no one asks any questions, their brains lulled into a fog by watching a screen for 45 minutes.Then comes the standard signature stating you viewed the video.
An alternative would be calling the team together for a series of 30-60 minutes facilitated discussions. Where the team talks about problems they see and are aware of that need to have attention.
Breaking this folkloric construct of “Don’t ask, Don’t tell” is a struggle. The leaders need to, especially in the beginning, model the problem-solving behavior. After time the team will begin to see problems in a new light, ones that should be brought to the teams attention, and can be solved with teamwork.
photo- Darth Fett